My life in two pages! 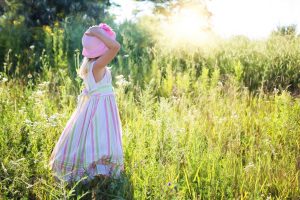 My story does not follow the usual ‘school, college, university, career’ route, but meanders and weaves, as I navigated my way from one scenario to another. This, I am sure, is the way for most people. Learning to adapt has been key.

I was born in the mid ‘50’s in a British military hospital in Germany. My father was in the RAF. Returning to England, I spent most of my young life (along with my sister and brother, who were born in quick succession after me), moving from one part of the country to another, our lives packed in and out of wooden crates and suitcases, each time my dad was posted or assigned another commission.

School became a patchwork, each one quite different from the last – starting and leaving rarely occurring at convenient junctures; we were often uprooted mid school term or year. Friends were made and departed from. Although our daily life was cosseted within the uniform safety of various RAF camps, in some respects, we were government assigned gypsies.

I left school at seventeen. There was no such thing as the national curriculum in those days, and arriving at my last school at the beginning of the fifth year (as it was then), I quickly realised my disadvantage. Unprepared for and out of sync with the examination curriculum, my prospect of gaining any meaningful qualification seemed overwhelmingly bleak. I remember the look of astonished bemusement on the head teachers’ face at my request to go back a year to prepare for the examinations from a better vantage point: a decision that paid off in the end.

Arriving in ‘civvy street’ was quite a learning curve; in spite of being nomadic, the rhythm of service life was predictable and structured. Our world seemed to go into ‘free fall’. In dramatic contrast, my father found ‘religion’ and, taking a part time sales job, for which he was grossly over qualified (a small detail of little consequence when mankind was toppling helplessly toward the abyss of Armageddon), he began knocking on doors, sales manual in one hand, bible in the other. The idea of going to college, never mind university, faded at the edge of his ‘end times’ view; there was no point investing in the misguided percept of a soon-to-be redundant future – life on earth was about to change beyond recognition.

At first, working in a shipping suppliers office on Southampton docks was exciting. I was earning some money, I felt ‘grown up’. But the routine quickly became mundane, and I felt restless and unfulfilled. I strove so hard to achieve at school, I had denounced my father’s road to paradise and promise of everlasting life – there had to be more to life than this! Conversion or catalyst; I was flooded with existential questions. Standing at the filling cabinet one day, placing documents into alphabetically ordered folders, I overheard someone talking about the ‘meaning of life’ and the words ‘infinity’, ‘unconditional love’, and ‘universe’ drifted to my ears. I left my job, left home, and moved to London. I learnt to meditate, became vegetarian, discovered alternative medicine, Eastern philosophy and, moving into an Ashram, learnt about the energetic and nutritional value of food and how to cook for twenty people. 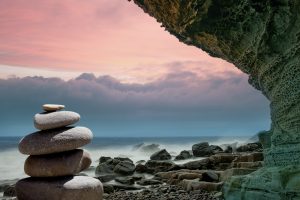 Moving from the Ashram (meditation, more than lifestyle, pacified my existential questions), I worked for the Company Secretary of Lewis’s Selfridges on Oxford Road as junior secretary. A really good job, but my restless desire for ‘meaning to life’ still nagged at me. So when Robert Tisserand (or ‘Jack’ as I knew him then), invited me to work for him in his fledgling essential oil business, I agreed without hesitation. Another catalyst. My passion for essential oils was ignited. I still recall the perfume of ylang ylang, rose, jasmine, and chamomile imbuing the atmosphere as if ‘here and now’: the phenomenal power of scent on memory. I felt inspired by the dynamics of their sensual quality: experiential, beyond words, their influence far reaching. Although Robert flourished later, starting a new business is never easy. I remember drawing straws (or was it the toss of a coin) to decide which of us would take a wage home at the end of the week. My flat mate had moved to Corsica a few months before. When her letter arrived inviting me to work there with her for a season, I accepted, believing I would return and pick up where I left off as things improved for Robert. Within a year though, I was married and expecting my first child.

Ten years, and four beautiful children later, picking up the pieces from a broken marriage, I embarked on life as a single parent. While the children were at school I worked various part time jobs, and also went to college, eventually taking on the role of Art Co-ordinator for the local councils Arts Association. Booking theatre companies, and organising exhibitions, I worked with a dedicated team of volunteers to revive the arts programme, taking it from loss, break-even, to profit. I devised a formula that increased local interest and attendance. I became a parent governor, and also stood as candidate for the Green Party in the local elections. But my passion for essential oils, and all I had learned about complementary medicine, holism and meditation remained embedded within me; it had become part of my lifestyle, part of my psyche. I learned from everything I did, and every challenge I faced. These were not easy years: bittersweet. But my tenacity was fuelled by the deep sense of love I felt for my children. My practice of meditation, I am convinced, a saving grace. When times were really difficult, taking each day as it came and presented to me somehow also held my psyche together, even if by a thread.

I graduated from the University of Salford in 2001 with a 2:1 B.Sc. joint honours degree in Counselling and Complementary Medicine, then completed a post graduate certificate of education (PGCE) at Bolton University, later completing masters certificates in Supervision of Counselling and Therapeutic Relationships, and Integrated Mindfulness at Salford University.

I was employed for several years at the University of Salford in the college of Health Sciences and Social Care as programme lead for the B.Sc. Complementary Therapy in Practice and the B.Sc. Integrated Therapy in Practice degrees, and was personal tutor for Complementary Medicine and Health Science students and Traditional Chinese Medicine students, and module lead for Aromatherapy, Supervision and CPD, and Communication and Professional Skills. I organised and ran the Aromatherapy Clinic for staff and students. I also taught at Wigan and Leigh College delivering adult teacher training.  During this time, before and since, I ran my private aromatherapy practice, delivered training workshops, and provided professional supervision for therapists.

On completion of my degree, I became a member of the International Federation of Aromatherapists (IFA), and was awarded Fellowship status in ‘recognition of services to aromatherapy and the IFA’ in 2009. I was a Trustee, and Chair of Education in 2013, and continue to work with the IFA in an advisory capacity and as an examiner. I spent a month in Hong Kong and China at the end of 2016 invigilating examinations and inspecting IFA schools; at the time Hong Kong and Southern China were hit by Haima, a level 8 typhoon, wreaking damage, flooding and chaos in its path – I was frantically hustled out of Hong Kong on a crowded train to China, with Amy, my interpreter, just before it hit the area: tense moments.

I completed a writing sabbatical in 2014, during which time I produced manuscripts for a series of five essential oil related books, the first of which, Essential Oils for Mindfulness and Meditation, was published in November 2018 by Healing Arts Press, Inner Traditions, a USA based publishing house. The second book, Essential Oils for the Whole Body, will be published this November (2019). 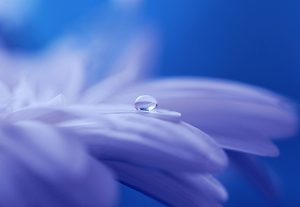 My children are all adults now, with children of their own (twelve grandchildren). I relocated to Dorset in 2014. Lyme Regis nestles at the border between Devon and Dorset, the birth counties of my parents and extended family. Having never lived here, travelling so much as a child, and living in Lancashire for most of my adult life, I longed to ‘come home’ to my roots. I had reached a juncture, a brief moment of opportunity, and I have never regretted my decision to ‘seize the day’. I love living in Lyme Regis. The beautiful countryside and coastline edging these counties are stunning. I feel utterly privileged and appreciative and look forward to the next unfolding pages of my life here. Life on earth may be changing beyond recognition, but it is still wondrous.